..When I was in Chiropractic School in the 1990’s, there was a TV show called Northern Exposure. (which by the way, is going to be making a comeback: A revival is in the works!)

It was about a young Medical Doctor who just graduated from Columbia Medical School. He had signed a contract with a tiny village in Alaska to pay his student debt in exchange for four years of service to the people of this town.

At the time, I was training to be a Doctor of Chiropractic and this TV show had a significant effect on me. I know it was just a meaningless TV show, but it had a strong effect on me in a few specific things.

In the TV show, the Medical Doctor was called Dr. Joel Fleischman. He came from New York City and his aspirations were to become a rich, big shot, NYC Doctor and he found himself, forcibly and involuntary placed, in the humble spot as a small town country Doctor in the middle of nowhere. It was very stressful for him.

It was an interesting and entertaining show. 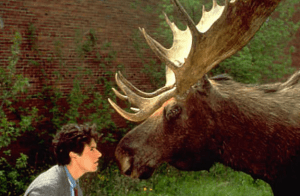 The part that I found most fascinating was that his patients didn’t trust him at first. They’d never really seen an MD before and they relied on old time folk remedies to cure their ails. This drove this big city Medical Doctor/scientist a little crazy. He didn’t understand these folk remedies. He’d denounce them and would get really upset about them.

There was a fundamental difference in the way they saw dis-ease.

I know that this TV show was just an entertaining fantasy, but the skeletal structure of the idea was real.

The Medical Doctor understood the patient was nothing more than a biological machine or object that needed to be controlled by stimulation or sedation using pharmaceutical drugs and more.

The Medicine man, on the other hand, knew that dis-ease wasn’t initiated inside the body, but was the initiated by the life of the individual. BODY VERSUS LIFE.

The body was a symptom or a symbol representing HOW a person LIVES.

The show also had another character who was the town’s DJ and a philosopher. I can almost imagine have a discussion with him  over a beer at the Brick, the only bar and restaurant in the whole town, about whether or not the ability to think is the actual cause of existence or health.

I say the quality of your health doesn’t exist because you have the ability to think! Your body isn’t alive and healthy because you can think. Descartes had it wrong. He said, “I think so there for I am”. I am able to think, therefore I exist?

How fucked up is that!? Is the philosophical proof of existence based on the fact that someone is capable of any form of thought and should it necessarily exist?

With that in mind, what is a lie?

A lie doesn’t exist, but you can think it. That’s what a lie is. A belief or a faith in a non-existent thought coupled with a maladaptive emotion.

For example, I can “make up” that there’s a monster living under my bed. I can make up a pretty convincing story (lie) that once I turn 50 I’m “old,” and this means that my body is somehow suddenly out of warranty.. and I’m doomed to a life determined by this sudden and arbitrary decline when it comes to how I look, feel, move, and think.

We think that things like inflammation and oxidative stress (the puffy, aged faces that have become the “new normal’ in our culture) and stiff, aching bodies are normal consequences of getting older, when in fact most of these things are directly caused by the way we live, the things we believe, and the meaning we assign to it all.

We make these things up, and adjust our lives to fit these lies.. not the other way around.

We often get cause and effect mixed up.

During the TV show the Medicine man would move into your household to watch how you lived. He would spend time with you, get to know who you are. He or she, if they were good at it, could tell what was wrong with you physically by watching how you live.

They didn’t need X-rays, CT scans, blood tests, urine tests etc..ad nauseam. The reason for this is because the Medicine Man understood that health comes from life and not from the body, or the shit we make up in our heads.

Here’s what I want you to understand about this.

A healthy body is the by-product of a healthy life. You’re NOT a physical machine that needs to be controlled and organized by synthetic chemicals/drugs, thoughts and emotions. A life of hatred, jealousy, envy, anger, bitterness, vindictiveness and all the rest of the disease causing emotions cannot make you healthy.

The medicine man would help people to become more aware of how their life choices and environment affected their health. He offered solutions that didn’t override the body’s natural healing response, but enhanced it.

How cool is that?

You may be thinking: What if something external happens to me, outside of my control.. like a messy divorce or a car accident? What then?

I can speak to this because I’ve experienced these things and know that even though we may not be able to control external events, more often than not there are things we can do.. to not only mitigate pain, but begin the healing process.

The first step is to not live your life based on lies, or things that you or someone else has “made up” about your life. Even though it is true that these things happened to you, it’s also true that you can choose to  begin to heal at any time.

This is  YOUR life. You get to choose.

You don’t need to be in a small town in Alaska OR a big city in order to benefit from a more progressive, elegant, integrated, and common sense approach to health and healing.

Whether you are looking for a car accident chiropractor in Lansing or help with the emotional healing that must take place after such a traumatic event (PTSD) or are seeking alternatives to drugs for chronic conditions and pain, I want you to know that you are not alone.

I’ve helped many others just like you with some of the things you would expect from a chiropractic clinic in Lansing, such as  gentle and effective neck pain relief.

Chiropractic goes way beyond treating neck and back pain. My specialties are:

If you are looking for more than just another chiropractor in Lansing, I would love to introduce you to my healing techniques, including the Heart Technique.

My last name may not be Fleischman, but I do have some things in common with the “other” Dr. Joel.

No, it’s not a love for NY bagels.

I’m also humbled by and continue to constantly learn from what the human body is capable of in terms of healing.

I now know that anything is possible.

Are you tired of dealing with a chronic pain or a condition that is not being resolved with traditional methods or even via traditional chiropractic in Lansing?

I would like to show you what IS possible, using the most gentle and non-invasive but effective techniques, including the Heart Technique.

I can help you recover from an auto accident, injury, chronic conditions or illness, or emotional trauma of any kind.